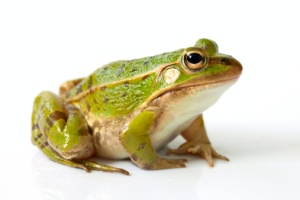 Everyone knows the old trope about boiling a frog. Drop a frog in hot water, the story goes, and it will jump right out. But drop a frog in cold water and heat it slowly, and the frog will die as the water boils, unaware of the gradual changes.

In the last ten days or so, I’ve been counting up the various reasons given – often passionately – for America having chosen the dark and dangerous path that now seems to be in front of us. Some of the most popular are (i) the working classes have been abandoned and voted in protest at that, (ii) the Democrats in particular ignored the working classes, so it’s their fault, (iii) the Democrats chose an unpopular candidate, whereas another Democrat would have won, (iv) the electoral college is outdated and needs to be reformed, (v) turnout was only a fraction over half, in which case anything can happen.

I believe there’s an element of truth in all these arguments. But I also believe that all of them, to an extent, miss the point. Perhaps more accurately, each of these important issues is more like a symptom than a cause. Each of them is a tree, but none of them, in itself, is the forest.

So, what then, is the bigger picture? How did we get here?

I believe that the water has been heating up around us for about 40 years, in the form of a misguided socio-economic experiment called neoliberalism.

If some of the folk reading this have not heard the term neoliberalism before, that simply demonstrates the stealth with which it has been foisted upon us. But it has been very real for the past four decades, and it’s ugly consequences are now becoming visible around the world, in the form of the recent US election, the UK referendum, the struggles of various European countries – notably France – to supress far-right political tendencies, amongst other things.

For an introduction to neoliberalism, you could do worse than starting with this piece by George Monbiot.

Monbiot traces the neoliberal experiment back to Frederick Hayek’s book The Constitution of Liberty, published in 1960, and, more particularly, to the influence Hayek and similar thinkers had on Margaret Thatcher and Ronald Reagan from the mid seventies.

Monbiot does a much better job than I could of explaining the thinking behind neoliberalism. But I want to highlight a couple of its principles here.

Firstly, a key tenet of neoliberalism is that competition between citizens is the driving force of a successful economy, and therefore a successful society. Not joint endeavor, not cooperation, not teamwork, not shared values, not national pride, but competition.

The approach of Hayek, and subsequently Thatcher, was that people are fundamentally self-interested and, therefore, the most efficient way to organize is to set things up so that the population competes with each other on as many levels as is possible. Anything that is seen as restricting this competition – including regulations that are intended to protect citizens’ rights and the government that is intended to enforce them – are to be minimized.

Secondly, neoliberalism reveres super-rich elites. Bizarrely, it values inherited super-wealth over earned super-wealth, on the basis that the independently wealthy are the ones who drive progress by thinking great thoughts and experimenting with new ways of living. (Apparently it didn’t occur to Hayek that some of these revolutionary new lifestyles might consist largely of attending fancy dinners and snorting cocaine, for example.)

In other words, in neoliberal theory, super-rich elites began to see a respectable-sounding opportunity to do what they had wanted to do for a long time: protect themselves from democracy.

If the population at large could be persuaded that unbridled competition, the stripping back of individual rights and the minimization of wealth distribution were the keys to a more prosperous future, the super-rich would be free to pursue their self-interest vigorously, protected from the shame of doing so by an economic system that had given its blessing.

And so, in the early eighties, as the Reagan/Thatcher era began, the citizens of the US and the UK were plunged into the tepid waters of neoliberalism. Not knowing that the heat was about to get turned up, they beckoned their compatriots from other western countries to join them. “Come on in! The water’s fine!”

Perhaps because the water seemed to be fine, the left-leaning parties of the day largely went along with the prevailing wisdom of neoliberalism, tweaking some aspects to suit their historical perspectives, but never challenging its fundamentals. And so the great political con trick of the 20th century was safely under way.

The big problem with unbridled competition, of course, is that there are always losers as well as winners. For every citizen who makes a fast buck and climbs the ladder, there’s another who loses a job and/or a home, only to find that the safety nets of yesteryear are no longer there to catch them.

Fast forward four decades. In June, many British voters, dismayed by the sense of being on the losing side, voted to leave the European Union, despite having no idea what the alternative would look like. Earlier this month, many American voters, gripped by a similar sense of loss, opted for a dangerously unqualified and unpredictable candidate. And, in April, the French people will go to the polls against a backdrop of unprecedented support for candidates from extremist parties.

These three examples share something more than the devastating sense of loss experienced by working class – and many middle class – voters. They also share the disturbing pattern that many of those voters are prepared to swallow the bigoted scapegoating of minorities and immigrants which has been spread by some political candidates to explain the sense of loss.

The irony of this ugly scapegoating is that, in many cases, the politicans responsible for spreading it are members of the very super-rich elites who promoted the neoliberal experiment in the first place. Not surprisingly, they are more than happy to point the finger at those less able to defend themselves – let’s say, immigrants taking minimum wage jobs or gay people who have the audacity to get married – because it reduces the chances of the populace working out who’s really to blame.

At this point, let’s pause whilst I attempt to do some mind-reading. I’m guessing that some of the readers who’ve made it to this point are thinking something along the following lines. You’re thinking I’m just another lefty who will do some sleight of hand and, ta-da!, I will produce from my top hat a rabbit. A rabbit that, depending on your location, looks a lot like Bernie Sanders or Jeremy Corbyn. Bernie will make college free, Jeremy will renationalize the railways, and we’ll all live happily ever after.

Well, that’s not what I’m going to argue. I don’t pretend to have a grand vision to replace the neoliberal experiment that has failed us so badly. But I know a couple of things for sure. I know that we need to find an alternative. And I know that it will only be found via new thinking rather than old thinking.

Fundamentally, whatever comes along to replace neoliberalism needs to be based on a more realistic view of human nature. Instead of pretending that we’re all self-interested automatons who don’t appreciate our inter-dependence, we need to find new economic models based on the reality that most citizens are essentially good, fair-minded people who care about their family, friends and neighbors and don’t need to see others fail before feeling good about themselves.

Let me give an example of just one aspect of what that could look like. An idea which is not new but is gaining a lot more attention in recent years is Universal Basic Income (UBI). There’s been a lot written about UBI, but you could do worse than starting with the movement that’s building in Canada.

At its most basic, UBI is a very simple idea designed to eradicate poverty. Although there are a number of different approaches, they all have in common the idea that a civilized society doesn’t want any of its citizens to live in poverty, and so acts decisively to wipe it out.

A number of more enlightened countries around the world are beginning to pilot these ideas. One of the more intriguing pilots will start next year in the Canadian province of Ontario, which will use the top-up approach to make sure that no one drops below the poverty line, regardless of their job status or health or anything else.

And here’s the most interesting thing about it. The Ontario pilot is being run by a former senator called Hugh Segal who is – wait for it – a conservative. Oh, yes.

Last week I wrote – in the post What’s Happening? – about asking the right political questions. They key question, I argued, is What kind of country do I want to live in? This question is not the sole preserve of those of us who lean to the left. Indeed, every decent, thinking, responsible citizen should be asking it.

It’s no surprise at all that a conservative should be a leading proponent of UBI. Surely we can all agree that poverty is bad for everyone and diminshes all of us. That being the case, why don’t we work together on simple and effective ways to wipe it out?

This is, I believe, just one example of the kind of new thinking that we need, in order to break away from the disastrous neoliberal experiment and find something that is more fitting for decent, civilized, forward-looking societies, around which thinking people across the political spectrum can unite.

But there is no time to waste. We need to do this thinking now, and quickly. Before the fraudsters who sold us the neoliberal lie try to blame its failure on a range of totally innocent scapegoats.

Which brings us back to the proverbial frog. Only recently has the surface of the water begun to roll, and only recently have we seen signs – both in Europe and North America – that the frog’s health is giving out. Are we going to keep floating until it’s too late? Or are we going to jump out of the pan and try something new?